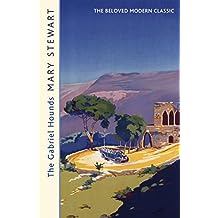 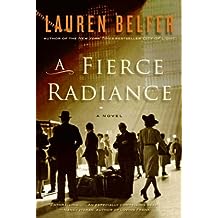 Mary Stewart, a British author, wrote her books roughly between 1954 and 1997.  Her first novel was Madam Will You Talk while today’s e-book bargain, The Gabriel Hounds, was published in 1967.  This author wrote clever, engaging novels of romantic suspense.  Often the chapters began with quotes from Shakespeare.  Her heroines were generally engaging, the stories took place in scenic locations and reading them was pretty pleasurable.  This one takes place in Lebanon.  A teaser:

The deep blue oblong of sky above the open court was pricking already with brilliant stars. No ugly diffusion of city light spoiled the deep velvet of that sky; even hanging as it was above the glittering and crowded richness of the Damascus oasis, it spoke of the desert and the vast empty silence beyond the last palm tree.

Let the adventure begin.  Of note, many years ago Hayley Mills starred in several movies based on Mary Stewart’s books.  The books have recently become available as e-books; each has a beautiful cover.  Many are available for $1.99 or $2.99.

I read Lauren Belfer‘s book when it first came out.  It is an historical novel and one that kept me turning the pages.  I read it  a while ago so borrow a review below:

*Starred Review* Through the story of divorced 36-year-old Life photojournalist Claire Shiply, Belfer blends fact and fiction to describe the development of penicillin as a weapon of war in the 1940s. Seeing an early trial of the green-mold medicine—in which a dying man is miraculously cured of his infection, then dies when the medication runs out—Shiply is drawn to the story because of the earlier death of her young daughter from septicemia. She is drawn, too, to head researcher Dr. James Stanton, who is soon tapped to be national scientific coordinator to provide penicillin to treat battlefield infections. While Stanton travels to war zones, Claire is asked by government officials to watch for pharmaceutical companies neglecting production of unpatented penicillin to develop “cousin” antibacterials, even after her wealthy father has taken over one of the companies involved. Belfer (City of Light, 2003) combines life-and-death scenarios, romance, murder, and wartime reality at home and abroad, while satirizing industrialists who profit by dubious means and salve their consciences through philanthropy; and she warns that resistance to antibiotics could return us “to the era when otherwise healthy adults died from a scratch on the knee.” An engrossing and ambitious novel that vividly portrays a critical time in American history. –Michele Leber
This book is worth a look.