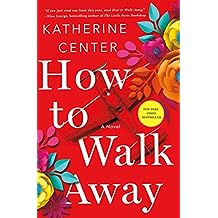 Praise for How to Walk Away:

“A heartbreak of a novel that celebrates resilience and strength.” —Jill Santopolo, bestselling author of The Light We Lost

“If you just read one book this year, read How to Walk Away.” —Nina George, New York Times bestselling author of The Little Paris Bookshop

“I can’t think of a blurb good enough for this novel…poignant, funny, heartbreaking.” —Jenny Lawson, bestselling author of Furiously Happy 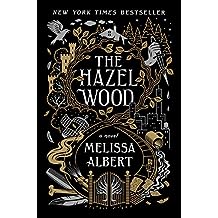 Gr 9 Up—Alice Proserpine’s mother Ella was raised on fairy tales amid the cultlike fandom surrounding the release of Tales from the Hinterland, a collection of grim fairy tales that, in the 1980s, briefly made Alice’s grandmother Althea Proserpine a celebrity. Instead of fairy tales, Alice has highways as she and her mother constantly move around hoping to outrun their eerie bad luck—something that seems much more likely when they learn that Althea has died alone on her estate known as The Hazel Wood. Everything isn’t as it seems, and soon after, Alice’s mother is kidnapped, leaving nothing except a warning for Alice to stay away from The Hazel Wood. The teen reluctantly enlists her classmate and not-so-secret Hinterland fan Ellery Finch, who may or may not have ulterior motives for helping, to share his expertise on the fairy tales. The path to the Hazel Wood leads Alice straight into the story of her family’s mysterious past. Albert’s standalone fantasy debut has a narration in the vein of a world-weary noir detective who happens to be a teenage girl. Resourceful, whip-smart, and incredibly impulsive, Alice also struggles with her barely contained rage as circumstances spiral out of her control. Her singular personality largely excuses the lack of context for much of her knowledge and cultural references that hearken more to a jaded adult than a modern teen. The lilting structure and deliberate tone bring to mind fairy tales both new and retold while also hinting at the teeth this story will bear in the form of murder, mayhem, and violence both in the Hinterland tales and in Alice’s reality. VERDICT An aggressive lack of romance and characters transcending their plots make this story an empowering read that will be especially popular with fans of fairy-tale retellings.—Emma Carbone, Brooklyn Public Library 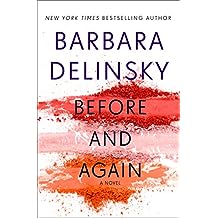 My review:
Before and Again…how does what happens, mistakes that we have made, impact our view of the past, our present and our belief in the future? These big issues are fictionally brought to life in Barbara Delinsky’s newest novel.
Early on in the book, the reader learns that a moment of inattention led to the death of the protagonist’s daughter, Lily. Any parent can, but does not want to, imagine what this could mean. The reader watches as Maggie tries to move on and start fresh but…can/should the past be denied? A concurrent theme involves Grace who has secrets and stories of her own. In addition, Grace’s son is accused of computer hacking and the consequences of his act may impact his future, just as Maggie and Grace are impacted by their pasts.
I found the characters to be sympathetically drawn and would recommend this book to readers of women’s fiction.