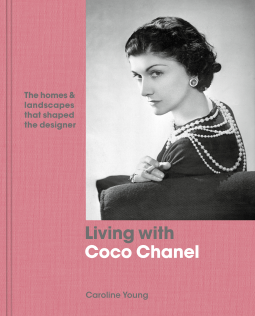 People have mixed feelings about Coco Chanel.  She is both known for her amazing fashion sense and for her apparent collaboration with the Germans during WW II.  However readers may feel about Coco, this book will provide an extensive look at who she was, what influenced her, the places she lived and, of course, her fashions.  It is an insightful and interesting look at a woman who lived a dramatic and creative life.

Gabrielle Chanel kept many facts about her childhood secret. She only offered hints about the poverty and the abandonment she had suffered, of the cloisters and chestnut trees of the Auvergne landscape that formed a backdrop to her early life. She was born on 19 August 1883, under the Leo star sign. Being superstitious, she chose the lion symbol for many aspects of her life – in her apartment in rue Cambon, Paris, on her creations and as a marker on her headstone in the cemetery of Lausanne. ‘I love everything that’s up high,’ she said. ‘The sky, the moon, and I believe in the stars. I was born under the sign of the Lion, like Nostradamus. I’d rather have a touch of the invisible than roast mutton every day.

Living with Coco Chanel: The homes and landscapes that shaped the designer