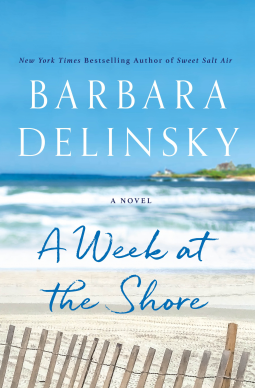 In Barbara Delinsky’s newest novel, one week changes lives as relationships are re-examined, rekindled and renewed.

One week, usually not much happens in that amount of time, but for the characters in this novel past and present come together as old hurts along with family secrets and relationships surface along with questions about a disappearance.

Protagonist Mallory lives with her thirteen-year-old daughter Joy in New York where she has a busy life as a photographer.   Mallory’s camera allows her to both be creative and to look at the world through her own (literal) lens.  Mallory’s sister Anne lives in the Rhode Island town that Mallory left behind. Anne cares for her father, runs a (delicious sounding) breakfast restaurant, The Sunny Side Up and tries to decide what she wants from a relationship.  Third sister Margo has also left town and lives in Chicago with her family.  The three sisters reunite at the shore.

Also in Rhode Island is Mallory’s boyfriend from her younger years.  They had a serious falling out when Jack’s mother disappears from Mallory’s father’s boat, not to be heard from for over twenty years.   What happened to her?  What was the involvement of Mallory’s father?  Did he cause her death?  Did she die? Will he talk?  This is one of the big mysteries of the novel but there are others including the question of Mallory’s paternity.

I grew up in Rhode Island where the book is set.   To me the town seemed generic though, like any beach town, not especially RI-ey.  However, the town was charming and readers will wish that they could visit there.

This is a solid novel that kept me turning the pages.  It was not my favorite book by this author but I definitely enjoyed it and do recommend it to those who enjoy women’s fiction.  I preferred Ms. Delinsky’s last novel, Before and Again but that just means that you could read both! 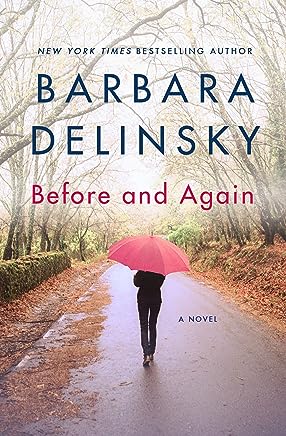 Before and Again…how does what happens, mistakes that we have made, impact our view of the past, our present and our belief in the future? These big issues are fictionally brought to life in Barbara Delinsky’s newest novel.
Early on in the book, the reader learns that a moment of inattention led to the death of the protagonist’s daughter, Lily. Any parent can, but does not want to, imagine what this could mean. The reader watches as Maggie tries to move on and start fresh but…can/should the past be denied? A concurrent theme involves Grace who has secrets and stories of her own. In addition, Grace’s son is accused of computer hacking and the consequences of his act may impact his future, just as Maggie and Grace are impacted by their pasts.
I found the characters to be sympathetically drawn and would recommend this book to readers of women’s fiction.

2 thoughts on “A crucial time: A Week at the Shore A Novel by Barbara Delinsky”