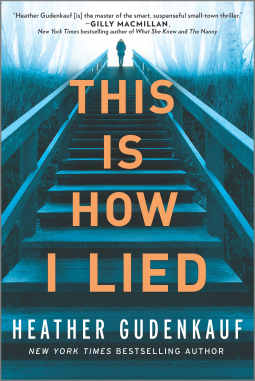 This is the first book that I have read by this author who has written a number of successful thrillers. The premise was intriguing. A high school student was murdered in a cave. Who did it? Why?
The case is not solved at the time. Now, a number of years later a new clue has been found and the case is being re-opened. During the initial investigation, the investigator was the father of one of the victim’s friends. Now, in the current time line, the detective is that daughter and friend, Maggie. She is heavily pregnant and volunteers to review the old files and work on the case.
I liked the setting of this story. However, I found that there were characters who were most unlikable including the victim’s sister, Nola, and the victim’s boyfriend from the time, a bully and abuser. I found that I did not enjoy the book as much as I had hoped because of these characters to whom I did not want to relate. I did want to see the case resolved however.
If you like your stories on the darker side, this may be for you. It was a tad too much for me.
Many thanks to NetGalley and the publisher for this title in exchange for an honest review.