Who can you believe or trust? The Suspect by Fiona Barton 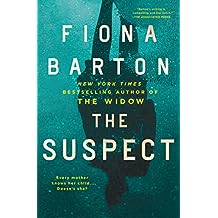 I recently posted a NYT Book Review’s review of this title.  In many ways, I agreed with it.

I had read The Child, this author’s second novel. and very much enjoyed it.  See my review of that one below.  I began this book with high expectations that were not quite realized.  Nonetheless, I found that I was constantly turning the pages of the short chapters until I got to the end.

The central story is about Rosie and Alex who travel to Thailand for their gap year.  The two are very different with Alex having a stronger moral compass.  Rosie wants to party while Alex wants to see and experience the country.  What happens to them and why forms the central mystery/suspense of the book. No spoilers here. Around them, there are other characters in Thailand and Rosie and Alex’s families at home in England.  The reader also spends time with a detective and reporter who were also in this author’s earlier novels.  Their relationships and backstories figure prominently in the narrative.  There is an overlap in that Kate is reporting but her son is also traveling in Thailand and a part of the story’s events.

This novel deals with tragedy and the impact of a difficult upbringing. I won’t say about whom or whose so as not to spoil the suspense.  Yet, despite this, I found that I did not care about the characters or story as much as I had hoped to.

I give this one a solid three stars.  If you read it, I would love to know what you think.