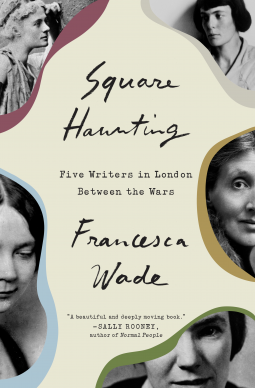 This book tells the stories of five prominent women who lived on Mecklenburgh Square in London in the 1900s.  The subjects did not necessarily know one another but they shared an address during years when women were beginning to assert their independence in relationships and work.

The five women are the writer/poet HD; Dorothy Sayers who is well-known for the Lord Peter Wimsey and Harriet Vane mysteries;  Jane Harrison a prominent classical scholar; Eileen Power a scholar in the field of economics and, finally, Virginia Woolf, an author beloved by many.  Each has a chapter in the book in their own right with connections being acknowledged when they are there.  As one example, both HD and Dorothy Sayers were involved with the writer John Cournos.

The book begins with a fabulous introduction that provides the historic context for what follows.  This, in itself, could be read as an excellent essay.  The author then tells the story of each of these women.  Every one of them had a complex life in which they tried to accomplish what they felt was important.  There are so many vignettes.  Below is one.

Dorothy Sayers gave to her characters what she wanted herself.  The author says that when money was hard to come by, Sayers lavished a lifestyle she did not have on Wimsey.  He had the cars, the homes, the food, the servants that Dorothy did not.  Sayers also gave Harriet Vane the relationship that she, Dorothy, may have wanted; it was one among equals.  To share a fact that I had not known, Dorothy became pregnant and had a child whom she could not raise due to the mores of the time.

This title is written in a very readable and fluid style.  The pages turn easily and I was always looking forward to the next time that I would have the chance to read more.

If you are interested in the lives of women, the compromises that one may or may not make in life and this little neighborhood in London, pick up the book.  I recommend it most highly.