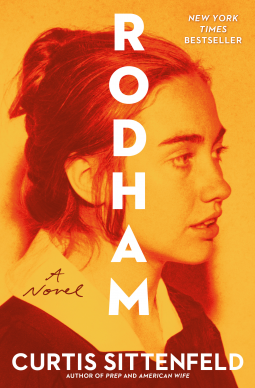 I read and enjoyed Ms. Sittenfeld’s, American Wife, which was about a fictional Laura Bush. It felt so true and believable. So I was excited to learn that the author had written another story based in politics, this one about Hillary Rodham.

The first section of the book reportedly stays pretty close to what really happened, with Hillary meeting and becoming involved with the charismatic Bill when they were students at Yale Law. It is, in part in this section, a story of a young woman who always felt smart but not always attractive. Hillary here was fiery and committed, just as she had been in her college graduation speech. This continued in the work that she did for children and families while at Yale. Any woman or girl growing up who feels that being labeled “smart” was a mixed blessing will understand the fictional Hillary’s feelings and surprise that “someone like Bill” was interested in her.

Post graduation, Hillary and Bill live in Arkansas in this novel with Hillary becoming a law school professor and Bill beginning his steps into politics. No spoiler after the publicity for this novel…but Hillary chooses not to stay with Bill. She is uncomfortable with his inability to commit to just one intimate relationship. So…what happens to Hillary after striking out on her own makes up the rest of the novel.

Hillary initially returns to Chicago where she teaches at Northwestern and over time becomes interested in running for office around the time of the Clarence Thomas hearings. I won’t say more but leave it to readers to find out what happens. Would this life have been preferable for Hillary? It is something to think about. Clearly the choices that we make impact how our lives unfold. Readers will no doubt contemplate that as they read discover where the author’s imagination takes them.

The reviews that I have seen for this novel have been mixed. I am in the camp that is glad to have read the book.
Many thanks to NetGalley and the publisher for this title in exchange for an honest review.

“[Curtis] Sittenfeld’s Rodham descends like an avenging angel. Here, in the pages of this alternate history about Hillary Rodham Clinton, is the story not of “What Happened” but of “What Could Have Happened.” This isn’t just fiction as fantasy; it’s fiction as therapy.”—The Washington Post

“[A] moving, morally suggestive, technically brilliant book that made me think more than any other in recent memory about the aims and limits of fiction . . . By fanning out alternate narratives . . . [Rodham] asks us to imagine a different world. . . . And from there, what a short —excruciating, hopeful—leap it is to: Everything could be different.”—NPR

“Deviously clever . . . [Rodham] doesn’t have an overt political agenda; it’s less concerned with lionizing or vilifying Hillary than with complicating our notions of her. Sittenfeld’s Hillary is both a player in the Game of Thrones and a romance novel heroine. . . . She’s whoever she wants to be.”—O: The Oprah Magazine